….that’s our judgment of TDA Highwayman.  Three months from his second birthday, he’s a true “traditional English Devon”….almost as broad as he is tall.  Gentle.  Extremely potent.  And with that wonderful deep, ruby red coat.

The damn was Goldings Norah (thanks again, Ivan Rowe) and the sire Ashott Barton Millennium Falcon (and thank you, Shiamala Comer).  We think his life in the States should add luster to his namesake and ancestor in England. 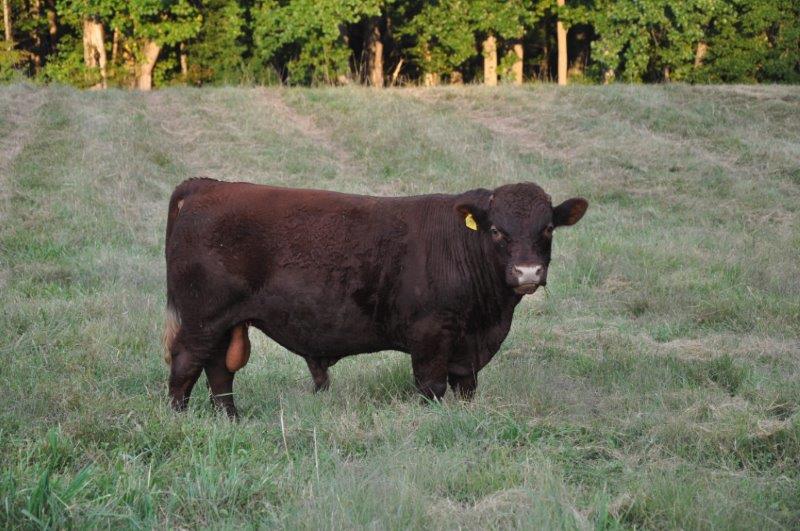 Permanent link to this article: http://www.traditionaldevon.com/proper-bull/

….a happy milestone this weekend: our first Devon created with English genetics here in the “colonies”.  Wooz welcomes TDA 16, an AI son of a Cashtiller daughter by Millineum Falcon.

We bring our heifers to a pasture close to the house so we can monitor calving, but it wasn’t necessary this time, even though TDA 4 is a small animal.  She handled her first experienced smoothly in well-under two hours.

TDA 16, now named Falcon after his sire, will have to play 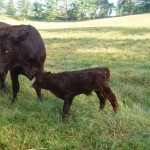 alone in the pasture for awhile.  His siblings aren’t due for another month!

Permanent link to this article: http://www.traditionaldevon.com/made-america/ 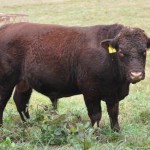 ….carrying the TDA tag 001, Churchill is celebrating coming of age with a “bang”.  We’ve put him with a small group of cows to measure his offspring…and we’ve also collected 200 straws of semen as an insurance policy.

The techs at North American Breeders raved about the sperm content of both Churchill and his brother Wellington. And they were impressed by their demeanor, too.  And now we just have to wait!

Permanent link to this article: http://www.traditionaldevon.com/churchill-turns-two/